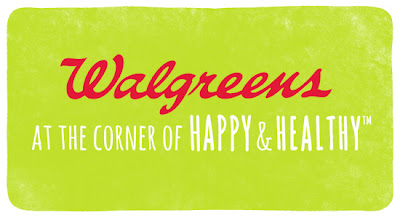 The Associated Press reported Walgreens 4Q profits dropped 55 percent versus last year. Don’t expect the historical factoid to be featured in the current crappy campaign. At the corner of unhappy and unhealthy.

The Deerfield, Ill., company’s stock price had climbed more than 17 percent in the quarter.

Walgreen said Friday that it absorbed a bigger inventory-related charge in this year’s quarter and another charge due to a multi-billion dollar investment in European health and beauty retailer Alliance Boots. Walgreen also took another sales hit from a split with pharmacy benefits manager Express Scripts Holding Co. that shifted customers away from its stores.

Walgreen runs 7,930 drugstores in all 50 states, the District of Columbia, Puerto Rico and Guam, or more than its main competitors CVS Caremark Corp. and Rite Aid Corp.

The company announced in June that it planned to branch out overseas with the Alliance Boots investment. That amounted to $4 billion in cash and more than 83 million shares for a 45 percent ownership stake in the Swiss company, which runs the largest drugstore chain in the United Kingdom. Walgreen took a 9-cents-per-share charge in the quarter from that deal.

LIFO is a method of accounting for inventory that assumes a company sells its newest inventory first. The company takes a credit or charge each quarter according to the anticipated inflation rate for the year.

Last year’s quarter also included an after-tax gain of 30 cents per share, due to the pharmacy benefits management business sale.

Walgreen and St. Louis-based Express Scripts, the nation’s largest PBM, had stopped doing business last year after months of talks failed to produce a new contract, and Walgreen’s sales have dropped for several months because of this. The companies have since agreed to a new contract, but it didn’t start until Sept. 15, or after the fiscal fourth quarter ended.

Walgreen rivals CVS Caremark and Rite Aid have both claimed new customers due to this stand-off, and Walgreen said it took a hit of about 6 cents per share in the quarter due to the dispute.