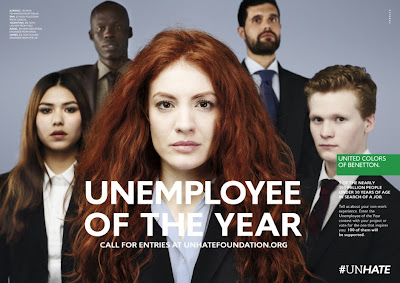 Not too sure about the new Unemployee of the Year campaign from Benetton. Are the various races and ethnicities featured in the foreground being rotated between ads to create targeted communications? Wonder how the audience will feel about such a message being delivered by a store most unemployed people can’t afford to patronize. Finally, it’s hard to view the ads without realizing the U.S. unemployment rates for youth (ages 16-24) vary wildly along racial and ethnic lines: 14.9 percent for Whites; 14.4 percent for Asians; 18.5 percent for Latinos; 28.6 percent for Blacks—and the majority of sources don’t even bother listing Native Americans. So much for the United Colors of Benetton. 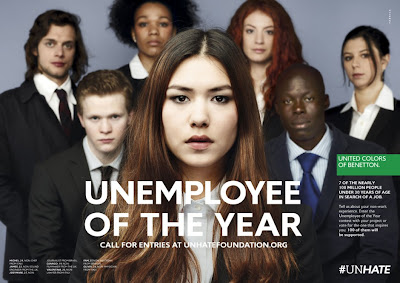 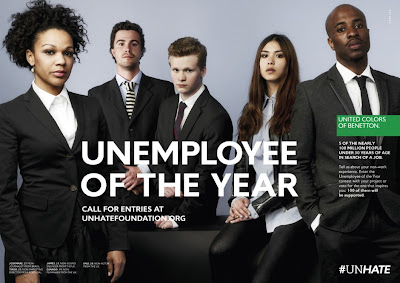 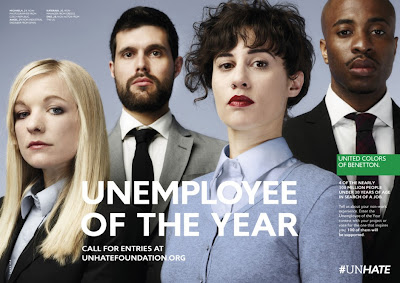 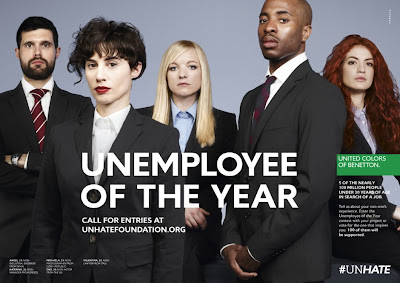