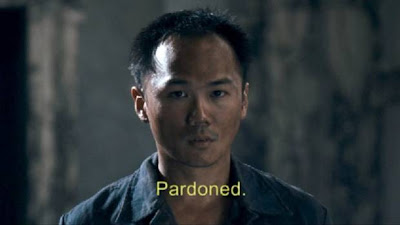 The Globe and Mall reported a Bic commercial that aired in Canada has been pulled after being deemed tasteless, insensitive and racist. The comments at Copyranter cover the standard cultural cluelessness, including:

“What do people find wrong with this ad? … there wouldn’t have been even one complaint if this was all white people … PC gone too far again.”

“Umm did I miss the racist part?”

“You’re only allowed to make fun of White People and East Indians in tv commercials. All other Races are off limits!”

And the obligatory “All in all, as an [Asian] I don’t find this ad offensive at all.”

Okay, first of all, the concept could not have worked with White people, unless it played off Eastern European or Russian characters—which would have been considerably less amusing to the ignorant among us.

Second, are the exaggerated depictions significantly different than, say, this, this or this?

Third, Canada has its fair share of ugly history involving Whites versus citizens of Asian descent.

Fourth, ad agency CP+B is hardly a haven for the inclusive and enlightened.

Finally, is this really a good idea for targeting back-to-school audiences? Really?

When it debuted the slogan “Flick Your Bic” in the 1970s, the manufacturer known mostly for its lighters and pens made a reputation for skirting the boundaries of appropriate advertising. But Bic Canada is now apologizing for an ad it says crossed the line.

On Monday, the company began airing its Canadian back-to-school campaign for Bic pens. The TV ad, which aired in all provinces except Quebec, featured a man at a desk deciding the fate of prisoners in a foreign jail.

In the spot, the prisoners are lined up before a uniformed official, who uses a stamp on their documents to declare a series of them “condemned.” He then says one prisoner will be pardoned, but when he tries to sign the document, his pen does not work. An attractive woman then shows up at the door, so in the interest of saving time the man uses his “condemned” stamp and follows her from the room.

The commercial finished with the tag line, “Want things to go smoothly? Get a Bic pen with Easy-Glide ink.”

The prisoners in the ad, as well as the man deciding their fate, are Asian, and the “condemned” stamp uses Asian-style script. The official is not speaking English and the commercial is subtitled.

According to the company, the official whose lines are subtitled is speaking an invented language, and the script on the stamp does not use real characters — though one of the letters is the same as the character for the “su” sound in the Japanese katakana script, and some also appear similar to the Korean hangeul script.

Bic Canada began hearing from consumers who were offended by the ad almost immediately, and by Tuesday afternoon, the day after its launch, had decided to pull it off the air. As of Thursday afternoon, it had received 48 e-mails complaining about the commercial.

Most of those messages mentioned the fact that the viewers were offended by the racial tone of the ads. Complaints included descriptions of the ad as being “racist,” “insensitive” and “tasteless.”

A fine-print disclaimer at the beginning of the ad specifies that the setting is a “fictitious country,” but this did not mollify viewers.

Bic Canada announced the retraction on Thursday, once it was sure the commercial had been pulled from all of its TV channels.

“I found this commercial to be absolutely distasteful,” one of the complaint letters said, according to Bic. “…Given the propensity of death penalties in some Asian countries the idea that Bic would use this theme as a joke is outrageous. I encourage you to immediately cancel the airing of this commercial.”

Bic did not run the commercial online and the company is monitoring YouTube and other sites to ensure it does not find a second life there. It was a Canadian-specific campaign and did not air in other markets.

The agency responsible for the prisoner ad was Crispin Porter + Bogusky, which won the Canadian Bic account for its stationery, lighters and shavers, in August, 2010. According to Ms. Kwong, CP+B is aware of the backlash. A representative for CP+B declined to comment.

This is not the first time Bic Canada has pulled an ad in response to negative feedback. In September 2010, it ran transit ads for its ladies’ razors across Canada featuring a pin-up style illustration of a woman bending over to put a cake box in a grocery basket, wearing a short skirt. The tagline was, “For legs that beckon.” The ad was not developed by CP+B.

The company received angry e-mails, the ads were vandalized, and a Toronto woman launched an online petition against them that garnered 120 signatures. The company decided to discontinue that campaign as well.

Bic Canada created a Twitter account this week expressly for the purpose of apologizing for the ad. The apology is currently the only tweet it has sent. Ms. Kwong said the company is not sure whether it will broaden its social media presence following this incident.

It’s an inconvenient time for the slip-up, since Bic does not regularly advertise on television except during the crucial back-to-school season. The company is replacing the controversial ad with TV commercials it has run in the past through advertising vehicle Brand Power. Ms. Kwong would not comment on whether the company has lost some of its investment in the media buy as a result of having to swap out the ads.